Skip to content
Resources & News > Non-Competes & Business Litigation > Virginia Employment Contracts > “BUT THEY SAID THEY WOULDN’T COME AFTER ME….”

If I had a dollar for every time an employer told an employee the following, I would be a rich woman and would no longer be writing this blog:
“Don’t worry, we won’t come after you if you take that job with Virginia Corp. LLC. We don’t
consider that a violation of your non-compete.” 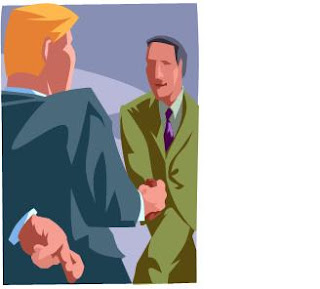 Employees usually think, “Hey, that’s great. I am free to go and they won’t sue me.”

yeah. Well, that is a nice thought but not the law in Virginia.

Non-compete contracts at their core, are just contracts.

And like any written binding contract, the law says you cannot orally modify the terms of a written contract.

Would you sell your house for an amount agreed to verbally and not ask for it in writing? Of course not.
What about if the mortgage company says to you “Hey, we know the loan states 4.5% but don’t worry, we will only charge you 4.2%” – would you trust them? Wouldn’t you want it in writing?

I hope you would. And the same is true for non-compete agreements. If you are going to be released, or terms are modified, or the employer deems your work not to be in competition, their assertions mean NOTHING until they are in writing.

Your boss could tell you today he will not sue you and in 5 days, file a 200 paragraph 7 count complaint against you in Circuit Court. Does that mean he is a lying jerk? Yes. Is it illegal or improper? Nope.

So please, if someone tells you “don’t worry,” don’t believe them until it’s in writing.